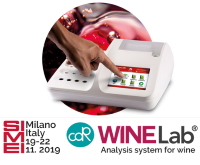 The new Total Polyphenol (Biophenol) test used by the CDR OxiTester has been tuned to the reference method COI/T.20/Doc. no. 29: 2009 by the Merceological Chemical Laboratory of Florence 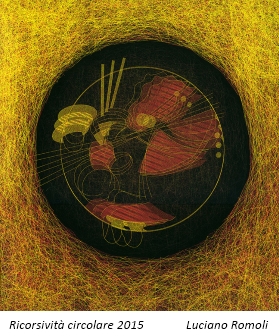 CDR IS AT SIMEI AND BRAU BEVIALE – November 2015

From 3 to 6 November at the SIMEI in Milano, 10-12 to Brau Beviale Nuremberg: CDR will participate in the two very important fairs of the beverage industry with its analysis systems for quality control in the production chain, production chain, confirming its mission in the development of new products.

CDR and Capital Letters Marketing together in North America

In 2016 with the help of Capital Letters Marketing, an US service full integrated marketing company for companies, CDR will strengthen the presence of CDR WineLab in north american market.

CDR is at Beer Attraction 2016

CDR participates in Beer Attraction, Rimini February 20 to 23, with Sacco, the exclusive distributor in Italy of the CDR BeerLab, the chemical analysis system for the quality control in the brewing process.

December, 10th 2014 – WineLab Touch analyzer, the new version of the analysis system for wine and must used by wineries and wine professionals in Italy.
It has been presented at Vinitech Sifel.